Hotpoint RZA36 under counter freezer in white. 2 years old. Very good condition. Measures approximately: W: 60 cm D: 62 cm H: 85 cm The top back corners of one of the drawers have been chipped (see photos) but this isn't visible once they're in the feezer and doesn't affect their usage. Any reasonable offers considered. Will need to be collected from Defoe House on the Barbican estate. PM me if interested.See More
17 hours ago
0 Comments 0 Likes 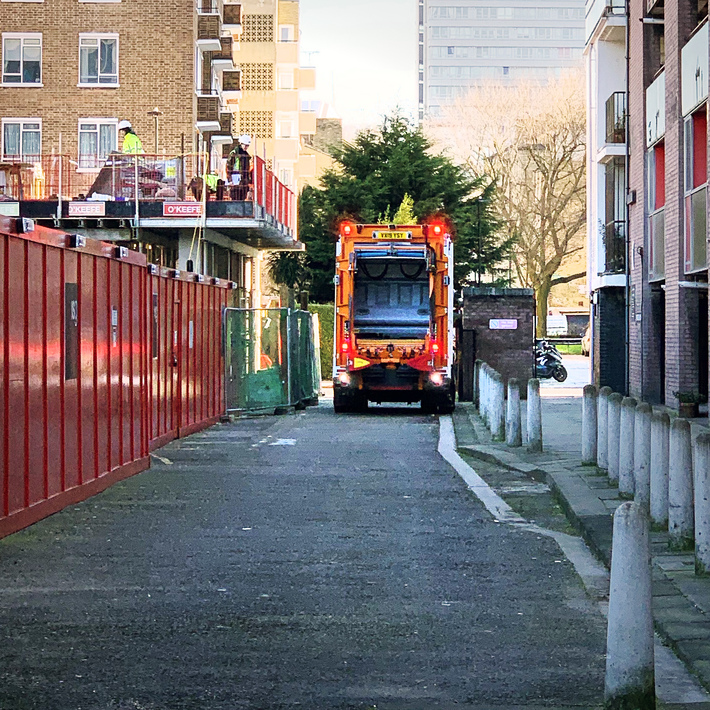 Basterfield Mews provides access to the Estate for servicing, but more importantly it is part of the fire strategy for the Golden Lane Estate. If there were to be a fire, for example in the sports centre or Ralph Perring, this is how fire appliances would access these inner areas. So GLERA were very unhappy to see the narrowing of the entrance to Basterfield Mews. Not only does the new CoLPAI development take up some of the width of Basterfield Mews, but the hoardings that they had erected for construction reduce the width further so that access is almost impossible.

At the Estate walkabout on 12th February Common Councillors witnessed a small refuse lorry trying to negotiate the restricted entrance. If it had not been for a couple of empty parking bays opposite, it would not have been able to make the turn out of Basterfield Mews in either direction.

GLERA made representations to CoLPAI on Friday 7th Feb when they saw the new hoardings had been erected, and CoLPAI took steps to move them back immediately on the following Monday. They have now been moved further back again so that the maximum possible width has been restored. It is obvious however that, going forward the CoLPAI development has encroached on Basterfield Mews and made access to the Estate more difficult and restricted.