Hannah goslin replied to Hannah goslin's discussion Moving boxes for sale
"Still have them and they have been used but they're good condition for moving. Would just need to be taped together. Tomorrow eve ok?"
1 hour ago

Joe Duke replied to Hannah goslin's discussion Moving boxes for sale
"Hi Hannah, Great you still have the box, are they new or have they been used? just want to make sure they are sturdy ones. I can come by today or tomorrow if that works for you? "
6 hours ago

Listing application for the workshops and garages submitted to Historic England 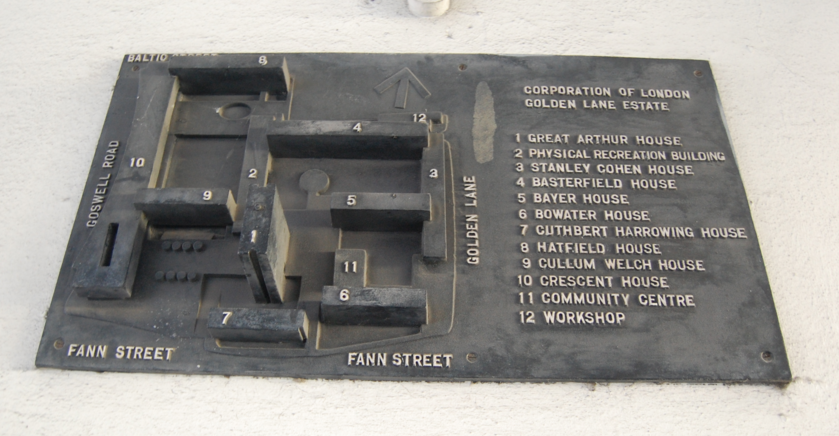 City of London and London Borough of Islington are currently consulting residents on demolishing the buildings to make way for a new school & flats. The buildings are part of the Golden Lane Estate, generally listed Grade 2, by Chamberlain, Powell, and Bon.

The inclusion of community facilities such as workshops and garages for disabled drivers was a major element of the first post-WW2 housing estate.

The workshop forms the Northern gate post of the gateway into the mews.

The workshop and garages form the Northern boundary of the mews.

The workshop and garages matches the design, construction, materials, and detailing of the listed buildings. The garages are constructed from pink brick matching the housing on the listed buildings. The workshops are constructed from black brick to match the other public buildings on the estate, with london stock brick to the East entrance facade to match the East entrance facades of the listed Stanley Cohen House. Both remain in good condition and appear largely unaltered from their original design.

The workshop is described as an integral part of the architects' proposals for the estate.
"A service road was laid out parallel to the north façade of Basterfield House, along half its length, to provide an entrance to Basterfield House and to service the workshops described as ‘serving all [the] Corporation’s housing estates’. "
golden-lane-guidelines-spd.pdf by City of London

The garages were designed to take invalid carriages- hence their unusually short length, and must be seen as an early provision for wheelchair users, and as an integral part of the architects' proposals for the estate.
"From its earliest conception, it included a community centre for residents, leisure facilities including a swimming pool and badminton court, a bowling green (subsequently tennis courts), a nursery and children’s playground (which later included a paddling pool, since removed), residents’ club rooms, garages, estate workshops, and, slightly later as the site was extended, shops and a public house (which originally included a restaurant), as well as open spaces or ‘courts’. These are contained within a tightly planned area, where all available space is used to maximum effect. "
golden-lane-guidelines-spd.pdf by City of London

(Sadly many of the buildings have deteriorated badly since 1957 under the stewardship of the Corporation of the City of London. Estate repairs are slowly taking place.)